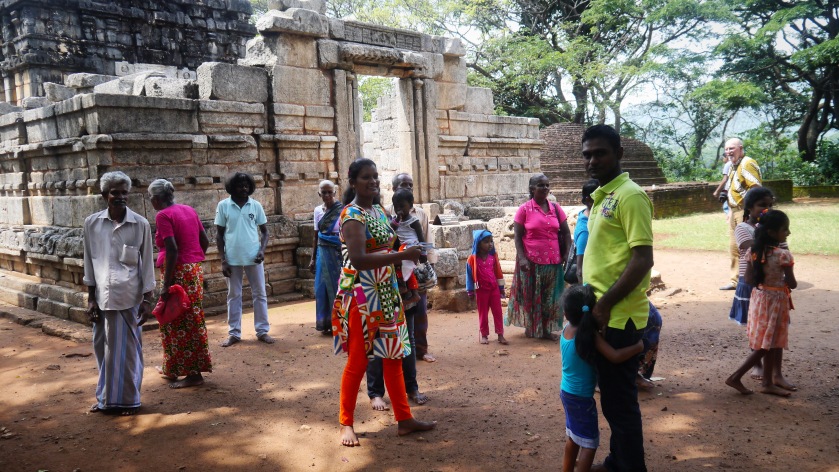 This morning we left the hotel at 9.30 after a delicious breakfast. I tried an egg hopper which is a Sri Lankan dish consisting of a rice flour pancake bowl, very thin and quite crispy with an egg cooked in the bottom of it. It was served with a delicious spiced onion chutney. I also had some croissants with some pineapple jam – this was very tasty.

We headed to a Matale Spice Garden. Here we learned about the different spices they grow in Sri Lanka and also how they use this in Ayerveda. This was very interesting especially after the lecture we had yesterday. We then had a 10 minute massage using the oils and for me some Aloe Vera gel as I had a little sun burn. This was free but I gave a tip of 200lkr costing around £1. I wish I could do that at home! I bought some vanilla extract from the shop, it was cheap and smelt beautiful.

We then headed to Nalanda Gedige, a combined Hindu & Buddhist site influenced by India. We didn’t spend too long here and my mind was a bit preoccupied in my mind with the thought of climbing Sigiriya Rock. We stopped for lunch afterwards, I had a fair amount to eat for breakfast so just got some snacks from the supermarket.

We then headed on to Sigiriya. It is a UNESCO listed ruin. The Sigiriya Rock Fortress had very impressive gardens. They have two principles – preserving nature, and symmetry. We climbed Sigiriya Rock, meaning Lions rock with approximately 1,200 steps each way. The rock rests 370m above sea level. Half way up, there were wall paintings called Frescoes. We couldn’t take pictures of this.

I DID IT. I climbed to the top. I now feel like I can pretty much do anything if I want to. I knew my great aunt of 79 climbed it, so I didn’t really have much choice but to get to the top. The views were amazing, and combined with my sense of achievement I really did feel like I was on top of the world! 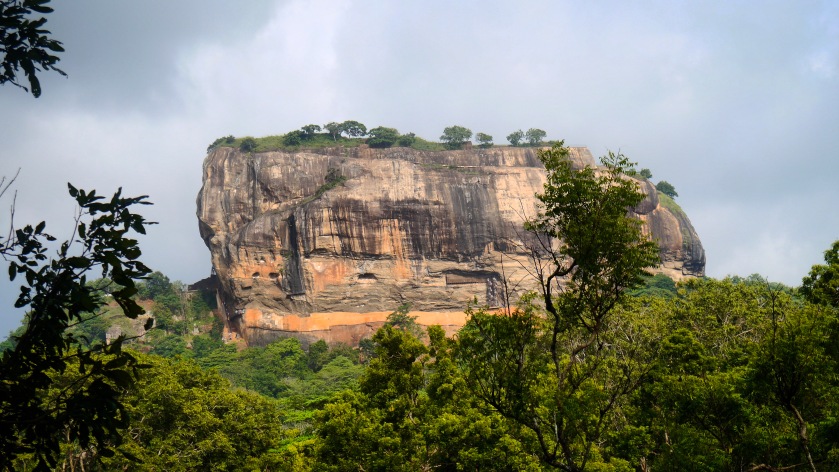 After climbing down, we headed back by bus to our hotel. We had a buffet dinner again which was delicious, vegetable curries, dahls and freshly cooked stir fry. Yummy! 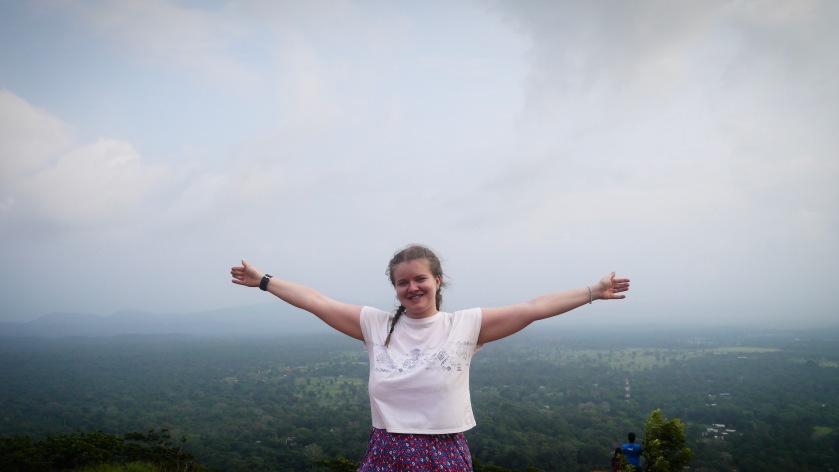 Off to a Temple tomorrow and hopefully an elephant safari.

A girl with a creative appetite,